Look what I found in the back of the computer!

So you know how you put stuff in a bin or envelope and set them right out where you'll see them and then you move the box and don't see it for a while?  That's kind of what happened here.....

Your blog editor was away last October and missed a lovely show and tell at that meeting.  Many thanks to Alex Hammon for taking the pictures. I do not know anything about the items shown, only the maker, who is -fortunately!- in the pictures! 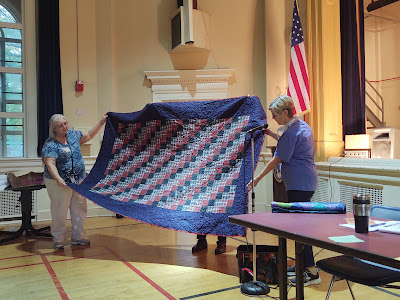 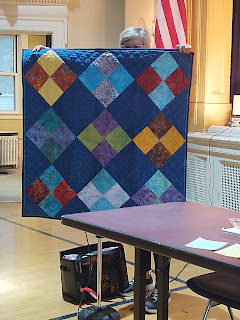 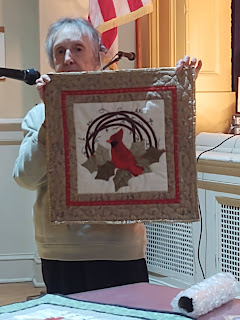 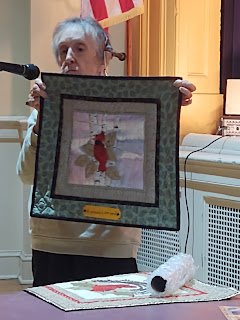 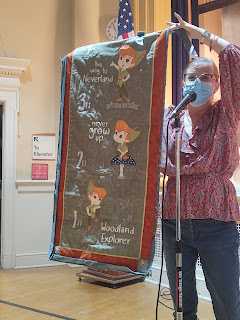 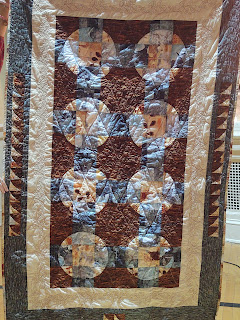 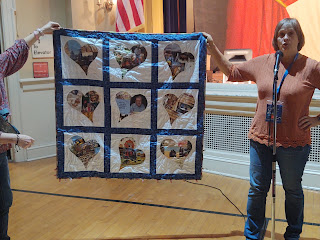 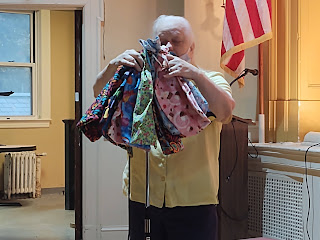 The Manor House in Batavia invited some of the quilters and knitters to a tea party on November 19 last year.  Alex Hammon, Nancy Ellers, Dorothy Doerrer and Pat Gardner attended and brought a selection of their quilts to share with the residents. 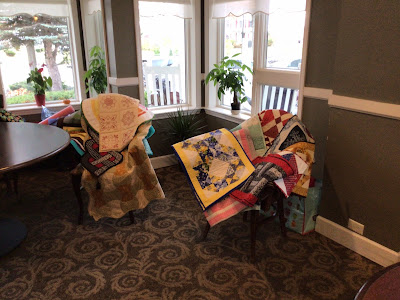 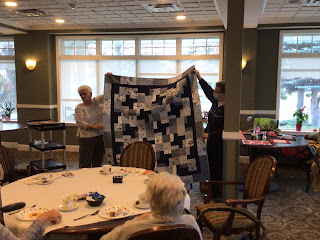 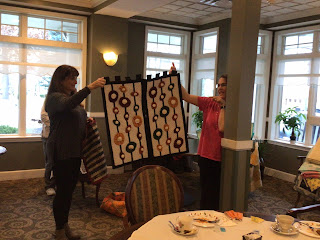 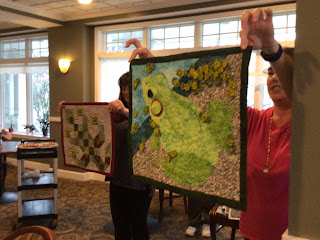 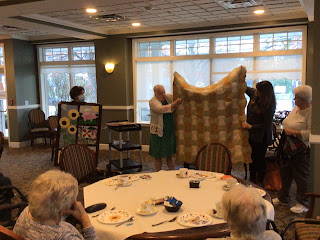 I'm sure they all enjoyed this lovely show and tell- and probably some fun stories behind the quilts.

I'll try to do better in the future.  Remember, this blog belongs to all of you, so remind me, make submissions and help me keep it up to date!

Posted by Martha Lorshbaugh at 4:00 PM No comments:

After a very long coupe of years, we once again have a display of our challenge quilts hanging in the gallery at the Richmond Memorial Library for the month of February.  I enjoyed spending my time to appreciate the work, the creativity and the talent in each one!  I hope none of you settles for only seeing these pictures, as some of them need to be seen up close.  I don't know how the "winner" will be declared, but by my count we have 5 "Rock", 6 "Paper" and 9 "Scissors" entries. 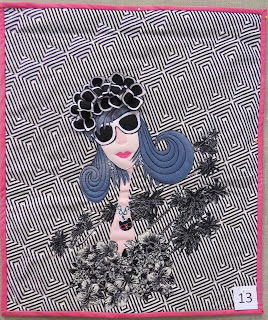 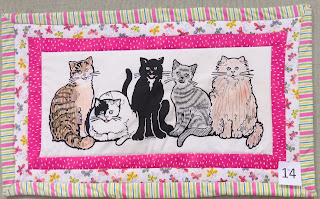 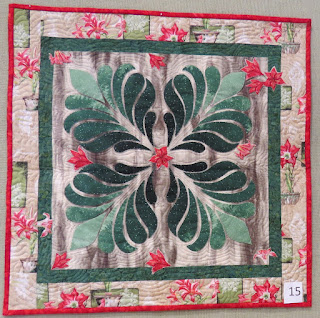 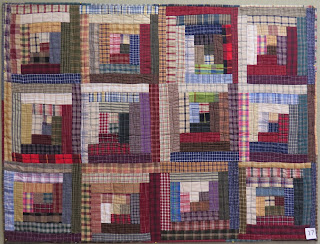 It's Harder Than it Looks, by Cynda Watroba- Rock 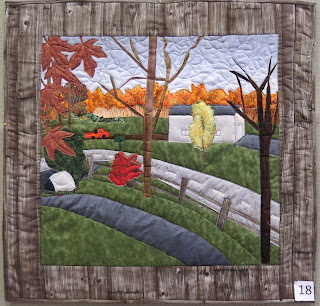 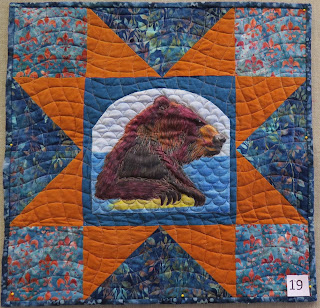 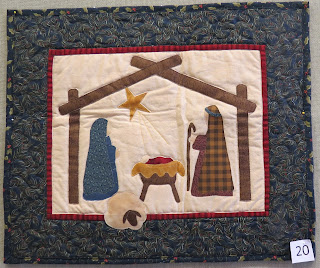 No Room @ the Inn, by Terry McGuire- Scissors 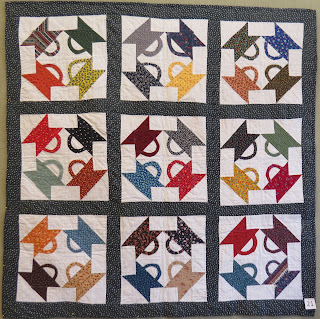 A Tisket, a Tasket, By Gloria Crittenden- Rock 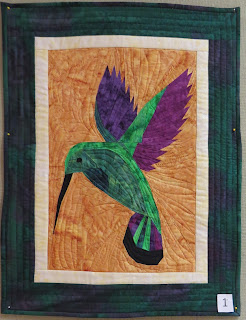 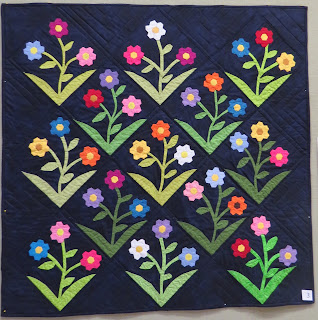 How do Your Flowers Grow, by Gloria Crittenden- Scissors 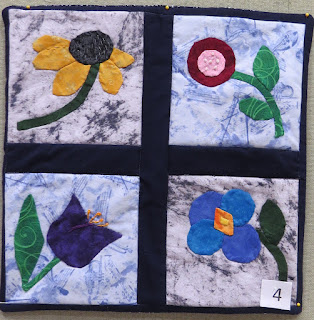 Flowers by Hand, by Alex Hammon and Dorothy Doerrer- Scissors 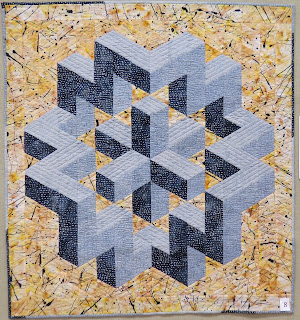 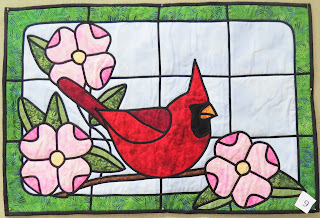 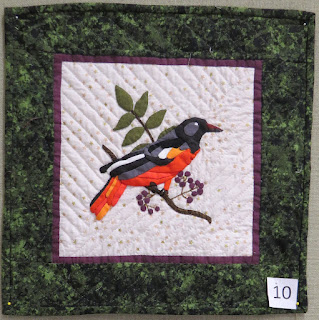 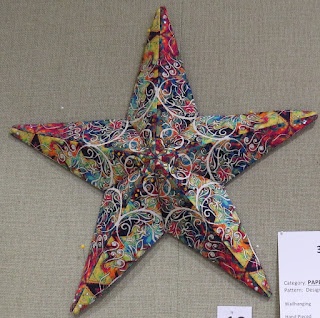 3D Star, by Mary Kozub- Paper (this is one you have to see in person because it sparkles!) 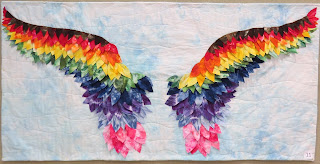 Imagine..., by Cynda Watroba- Scissors (this one also begs an in-person inspection.  Viewers are invited to take selfies "Wearing" the wings!)
Members- remember to grab a blue ballot to vote for the awards, as well as making your viewer's choice selections!

Posted by Martha Lorshbaugh at 7:51 PM No comments: